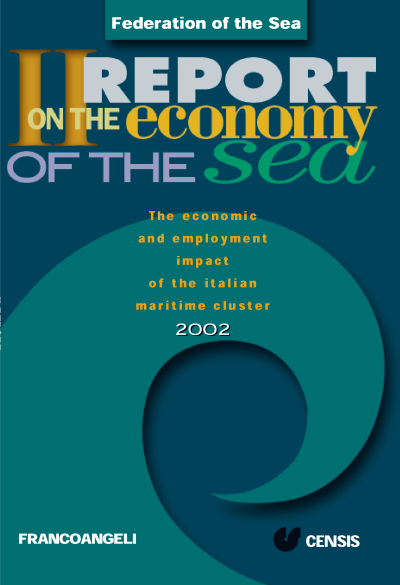 II Report on the economy of the sea.
The economic and employment impact of the italian maritime cluster.
FDM – Censis
2002, Franco Angeli, Milano

Five years after the publication of the first report on the economy of the sea, the Federation of the Sea gave the Censis the task of preparing a second report, analyzing and assessing the economic and employment impact of maritime activities on the country ’s development.

The scope of this volume was greatly enlarged compared to the previous one. The statistical and econometric estimates were reconsidered on the basis of the most up-to-date official data available. In addition to maritime business activities, other strategic sectors were considered as well, including the Navy, the harbor offices and the port authorities.

The report is completed by an in-depth reconstruction of the statistical situations of the individual maritime sectors and a study on the European level of the dynamics of forming national maritime clusters.

The study presents itself as a first step towards the creation, on the basis of the Federation of the Sea’s core structure, of an Italian maritime cluster that could establish a unified representation of the common needs of its diverse members.