Francis Vallat, originally co- founder and 1st Vice-President of the ENMC (which was created in 2005 in his Paris office) and current Chairman since 2011, decided to resign from his chairmanship on the occasion of the annual meeting which was held in Elsinore, Denmark from October 25th to 26th.

After six years at the head of the network, he thinks it is time to give a younger highly reputable maritime personality a chance to allow new ideas and blood into the ENMC. As a matter of fact it came as no surprise as the transition had been carefully prepared since autumn 2016, ie when Francis Vallat confirmed that his decision was irrevocable.

The former duo has been giving a strong new impetus to ENMC for years, multiplying efforts to better connect national clusters with each other on the one hand, and the ENMC itself with relevant international organizations as well as European bodies on the other hand. It established the ENMC as a well-recognized stakeholder, highly respected a.o by the European Commission and the European Parliament Maritime Intergroup.

Francis Vallat stated: “The ENMC has enormous potential to help unlocking the future of Blue Growth and already achieved a lot on various important fronts. The European Commission is aware of it, but despite its repeated commitments to walk the talk, no solution was found for the EU to financially support our actions. It is a missed opportunity but no fatality. We know now that national clusters will anyway find the necessary resources to go ahead.”

The ENMC members then elected the Managing Director of Nederland Maritiem Land – the Dutch maritime cluster organization – Mr. Arjen Uytendaal to the Presidency/chairmanship, and three prominent maritime leaders as Vice-Presidents: Spanish Maritime Cluster President Mr. Alejandro Aznar; French Maritime Cluster President Mr. Frédéric Moncany de Saint-Aignan; and Chairman of the Italian Association of Shipbuilders and Ambassador Mr. Vincenzo Petrone. The newly elected ENMC Chairman Arjen Uytendaal, who also cumulates decades of business experience with various shipping companies: “I am honored that the ENMC members have elected me and trust me to lead our organization into the next era. Next to strengthening the foundation of the ENMC I think it is important to promote and enhance the added value and influence of the European maritime industry. And to bring cross-sectoral maritime opportunities and (sustainable) challenges to the arena in Brussels.’

Francis Vallat, who was elected Honorary President upon recommendation of the new chairman and who will remain a Board member at the disposal of the chairman (when required by him), expressed his great satisfaction and full confidence “The arrival of Arjen at the helmet of ENMC is great news. I have absolutely no doubt that his leadership will quickly demonstrate that ENMC is in extremely good hands” 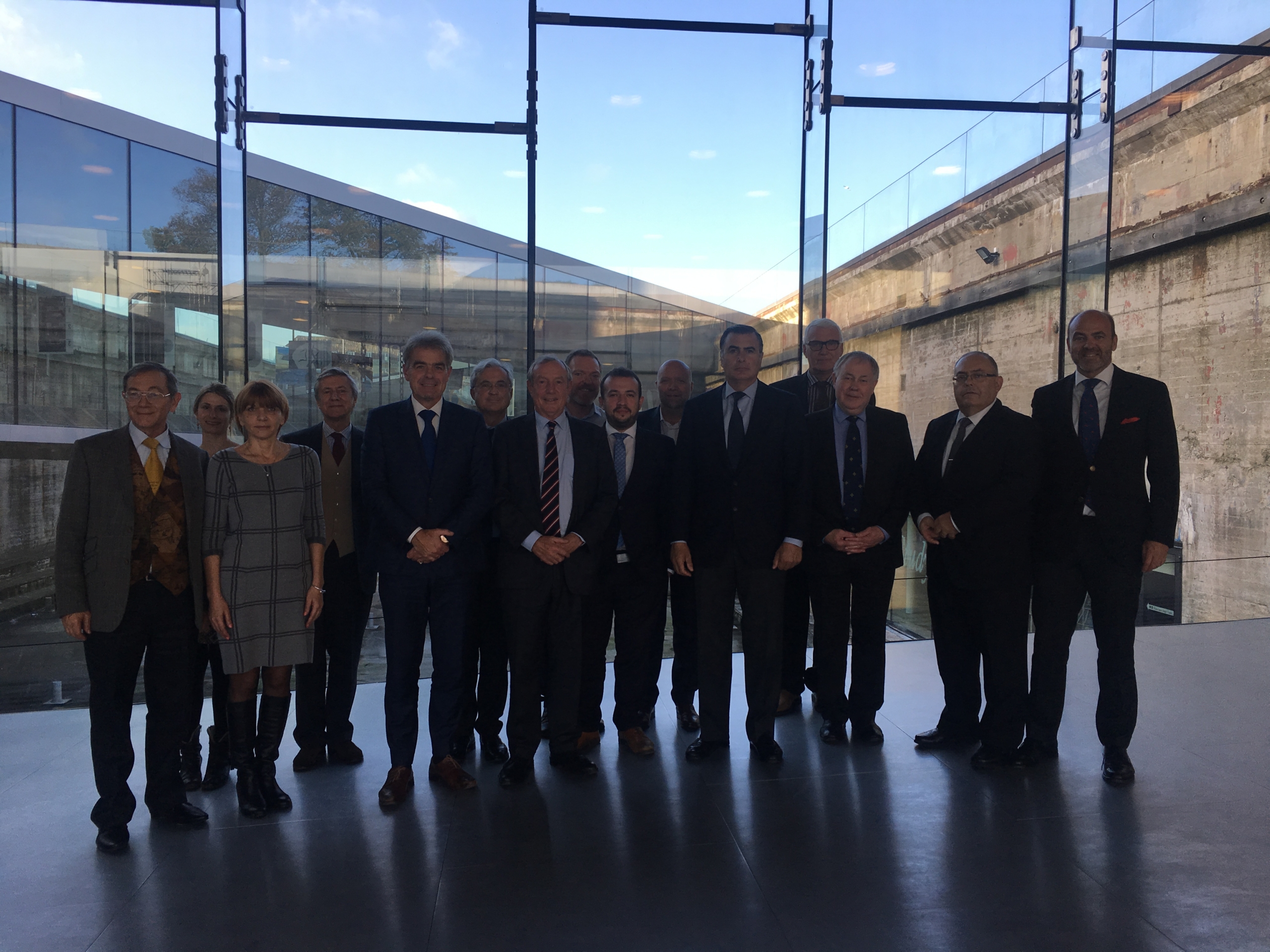